Hi there, and welcome to another entry of the Peverett Phile Interviews. Today's interview is with Martin Stephenson, who was very popular in England when we lived there in the 80's. So, phans, here's Martin. 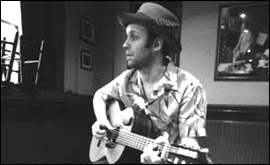 Me: Hello, Matt, before we start I want to say this interview is a real treat and very bittersweet... hey, they sound like lyrics. My dad was a real big fan of yours and would be happy to help with this interview but he passed away in 2000.
Martin: I'm sorry to hear that, what was his name?

Me: His name was Dave. Okay, Matt, I have to ask about your old band The Daintes. You and the band reformed a few years ago, right? How did you get back together with them?
Martin: It's odd you call me Matt, nobody has ever called me that but its not offensive as my Grandfather was called Matt, short for Mathew. Daintees, we got back together through missing each other I suppose, we went through everything together as young men and there are things we can share that we cant with other folks, kinda like being a sort of cosmic soldier, The guitar is my gun it fires music....so to speak

Me: Recently I read an interview with Graham Parker and he said how he likes your music now, a lot more then he did in the eighties. What do you think of his music?
Martin: I only heard one song of his in the late 70's called "Protection".  I thought he was his own man, I liked him, all you need is a snippet of some folk and they kind of travel with you. I think Graham Parker is worth his salt!

Me: When did your first album come out? I remember getting "Boat to Bolivia" in '86 in Oxford, but didn't you have an album out before then? By the way, that is a great album! One of the best from that year!
Martin: No "B 2 B" was our first. We had a couple of singles and then a wee EP entitled "Inferno".

Me: You recorded with Pete Anderson, who now is known for producing Dwight Yoakum. How did that collaboration go? You being from Great Britain, and he being from Detroit, Michigan. Did you record in America or the UK?
Martin: Yes we were signed to Capital by then being 1989. Pete was selected because of his work with Michelle Shocked. Michelle was on the same label as us in UK. London Records so we had the same British A&R people working us. Pete was suggested to us through the song "Anchorage". I remember driving through London with A&A man Ian Surrey, who incidentally was my first publisher and really helped me a lot. He started talking about Michelle and out she popped from the radio that very moment. Thats where it came from. I met Pete when I was in LA with Hothouse Flowers. I was staying in Chateu Marmont and had a gig at the Whiskey Agogo if I remember right. Pete came into the dressing room after the show and he had his gigbag over his shoulder and was on his way to a latenight jam. He is a great guitarist. I loved working with Pete, we cut "Salutation Road" and Michelle's "Captain Swing" at the same time in the same studio

Me: Matt, where are you from originally? I want to say Scotland... am I right? Where do you live now?
Martin: No I'm from the North of England. The same place as Bryan Ferry, a wee mining village called Washington Tyne & Wear. Ancestral home of George Washington. In fact I used to steal pears from his garden when I was a boy, er thats George not Bryan, although Bryan lived in the same street as me, Gainsborough Avenue. His Mum was called Polly, a lovely lady. Washington Tyne & Wear is 7 miles from Newcastle upon Tyne, home of the Animals, Jimmy Hendrix lived there for a while when he came to England with Chas Chandler in 1965. Washington is about an hour from the Scottish borders so we are akin to the Scotts and get on well with them. I live in the far North of cotland now though and have done for the past 13 years. 5 hours North of Glasgow in a town called Tain. Home of many ancient pilgrims and Pictish people, pre Celtic people

Me: Okay, here's an obscure question. There's a real beautiful woman in the cover of "Boat to Bolivia", I think it was. No, it was another album. Who was she? Was she just a model?
Martin: No, that was my wife to be and the mother of our two daughters. We are divorced now but very good friends.

Me: You run some song writing and guitar workshops oversees. How does that go, and do a lot of people sign up?
Martin: They are a hoot, based on helping people have fun and not get so bogged down in competition, I hate competition, its mindless, its all about sharing. The weekends are great confidence boosters and gently spiritual.

Me: Speaking of lyrics, your lyrics were always so different then what most people write about. Lesbians, miscarriages and Roy Buchanan. For the young readers of the Phile that don't know who Buchanan was, wanna tell them?
Martin: Roy Buchanan was a brilliant guitarist and a lovely man. He did things on the Telecaster that had never been seen before. I loved Roy and he is still guiding me. I bought a 1951 reissued Nocaster lately to feel close to him. It was very precious to get to tour with Roy as young men. It is such a shame he took his own life so young, 49 years of age.

Me: You toured a lot with Prefab Sprout and Aztec Camera, two other bands I was really into back in the day. Do you still keep in contact with them?
Martin: Yes did lots of gigs with Aztecs and the Sprouts. I never really kept contact after about 1987 really, paths change people have different visions, I loved and respected both Roddy & Paddy but saw things very differently, these guys are very talented people though, especially Roddy on the guitar, he was hot as a youngster, funnily enough Paddy was a good guitarist but stopped playing around 86/87. He is more of a song scientist really. Roddy is much more relaxed and natural. Brilliant young men though and I was very lucky to have learned from them.

Me: Do you know the fellas from Squeeze pretty good? Recently I had the pleasure to interview Chris Difford. Glenn Tilbrook never replied back to me...
Martin: I met Chris once in 96, he was a lovely bloke, I worked with Jools Holland a couple of times. Never met Glenn although we have a mutual Scottish friend Tam Balloch. Tam tells me Chris is a diamond. I never really liked Squeeze much, but I think Glenn is a smashing guitarist, boy can he play electric guitar

Me: I was told there's a live CD out in England with you and the Daintes? Is it available in America, or just overseas? If there isn't one, then they should be.
Martin: We done a couple of rough things. I recently put some live tracks up on Myspace from 1988 in Berlin's Loft venue. The band sound great, we got quite tight after touring a lot.

Me: Do you come to the States often to play? Have you ever played in Florida? If so, where at?
Martin: Yes I played in Tampa Florida but with Hothouse Flowers. The Daintees toured with Melissa Etheridge around 1989, we did lots of shows with Melissa and she toured a lot with us in 88, throughout Europe. Melissa loved Ireland if I remember rightly

Me: Have you heard of John Wesley Harding? He was another singer who mentioned you in an interview, saying he was a big fan.
Martin: I have heard of John through was it a song Dylan did, I always had a nice image of him in my head, but never heard or saw him. I will check him out after this interview. I like most folk, I love honest good people wether they pay music or not, wether they are famous or not. A tramp is welcome in my home and so is Bob Dylan, we're all brothers and sisters beyond Human definition

Me: Matt, I'm sorry, but I have to ask you this as I ask everybody I interview... what is your favorite Foghat song?
Martin: Sorry I don't know Foghat.

Me: Do you know Lowell George passed away? I just found out, and he died in '79!
Martin: Yes I know he had passed, I liked Lowell George, great singer and player. I can hear drugs filtering his music though, to me its like a woolie sounding energetic field. I hate drugs and alchohol. They are poor inducers and block the spirit, at first they present the spirit but cannot hold onto the spirit so all we are left with is the bullshit and its poison.

Me: Any new releases I need to look out for from you? Yes I have recently recorded an album with my lovely partner Helen McCookerybook entitled "Hamitlon Square". Helen is a lovely person and a very talented quirky British songwriter, she was one of our first feale punks and I adore her, we write together and play music all of the time, I would work in Macdonalds for Helen, she is my Heaven on Earth. We have recently done a Rockabilly album together too entitled "The Embleton Sessions". I am cutting a solo album entitled "California Star", the title track is for Mickey Rourke, I just wanted to give him a wee gift as I feel he got a roar deal, I admire him for being true to his boxing dream too. Daintees released an awesome album this year entitled "Western Eagle" and I have produced 3 projects for other artists free of charge as in order to get away from money conciousness.

Me: Well, Matt, I'll let you go. Thanks again for taking time out your busy schedule answering my somewhat lame questions. Take care, and hope to meet you in the future someday.
Martin: Hey brother its been cool. It is 2:30 am and I am in the Highlands of Scotland, through many mountains and beautiful land. I have just lit a candle for your Father so that his good spirit shines for you. 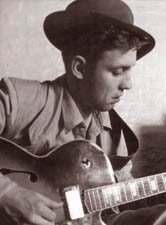 Man, Martin, or Matt as I stupidly called him was such a nice guy. Nicer then I am. The Phile will be back tomorrow with the interview with Lateisha Lynn, so until then, spread the word, not the turd. And check out Martin's music on iTunes.
Posted by Peverett Phile at 1/03/2009