I Only Support Gay Marriage If Both Chicks Are Hot

Are you ready? Are you ready for the Peverett Phile, back from vacation after two weeks. How was your Thanksgiving? Did you grab your cell phone, wait until you can use your free night time minutes, call your parents, put them on speaker, gather your kids around the table, and dug into your delicious Thanksgiving Whopper. Happy New Depression! So, for vacation we went to California. The first few nights we stayed at Disneyland before we realized wait a minute, we live near and I work at Disney, so what are we doing here, and moved to Hollywood. Okay, that's a lie, I almost punched out a lifeguard, then we moved to Hollywood. In Hollywood we stayed at the Beverly Hills Hotel in a bungalow none-the-less. I could never stay in a Marriott fucking Courtyard or Holiday Inn again. There were a few celebrities spotted: Martina... whatever the lesbian tennis player's last name is, Stanley Tucci and Jamie Foxx. Oh, and myself when I looked in the mirror. We ate a few times at the Polo Lounge which was mint, with a large hole in the middle. Only English readers would get that joke by the way. While we were in California, there was bad news for any gay Californians (i.e. all of them) who want to get married: Proposition 8, a proposal banning same-sex marriage, was recently approved. As if that wasn't bad enough, there's even more bad news for gay Californians: you're fucking gay! Ann Dunwoody, an Army lieutenant general, has become the first woman in US history to become a four-star general. I know you're curious, so I'll tell you. One star for cooking, one for cleaning, one for birthin', and one for foot massaging. Congratulations, Ann. Keep reaching for that glass ceiling, ladies! But mop the floor first. Today is Black Friday, the biggest shopping day of the year, and with Christmas just a few weeks away, stores are gearing up for the upcoming shopping season. And the hot toy for this Christmas season is: your child's imagination! Sorry, Little Billy, but it looks like Santa forgot to protect daddy's 401K. In case you didn’t hear, the economy is having a going-out-of-business sale right now. The Dow is now dropping so frequently, they’ve decided to add an “n” at the end of it for “down” and just call it a day.  That movie Twilight is out, which is not to be confused with my movie, Twit. According to statistics, Mexican emigration to the United States has dropped 42 percent over the last four years. You have to hand it to President Bush. He knew the way to stop people from sneaking in was not to build a fence, it was to make this country very undesirable. Most of the illegal immigrants came here to make money, but now we don’t have any money. That’s bad news for Los Angeles, though. If this trend continues, we may be forced to start raising our own kids. Barack Obama announced his economic team, and President Bush is working closely with him. Obama says the team has many obstacles to overcome — the biggest one being that President Bush is working with them. Joe Biden’s replacement in the Senate has been picked. That’s a pretty big mouth to fill. The astronauts are busy installing a machine that converts urine into drinking water. Is the economy really that bad?  Hey, did you see that new balloon at the Macy’s Thanksgiving Day Parade: the John McCain balloon — it never gets off the ground.
THE PEVERETT PHILE TOP TEN LIST
From the home office in Groveland, Florida, here is this week's to ten list.
Top Ten Signs the Guy You're Dating is James Bond
10. Instead of breakng up with you, he ejects you.
9. He yells out another girl's codename in bed.
8. He has an unusual fear of round hats.
7. Turns into a completely different guy after three or four dates.
6. He receives a ticket for carrying an expired license to kill.
5. Breakfast? Vodka martini.
4. He can drop his pants and fire a rocket!
3. Insists on using his "special gadgets" in the bedroom.
2. Tells you for chafing try Bond, Gold Bond.
And the number one sign the guy you're dating is James Bond...
1. Tries to show you his Goldfinger. 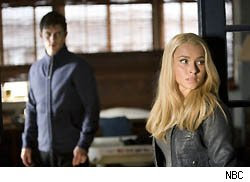 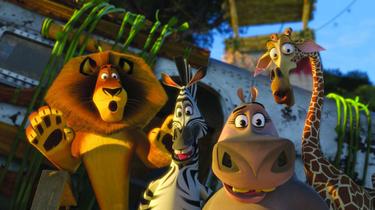