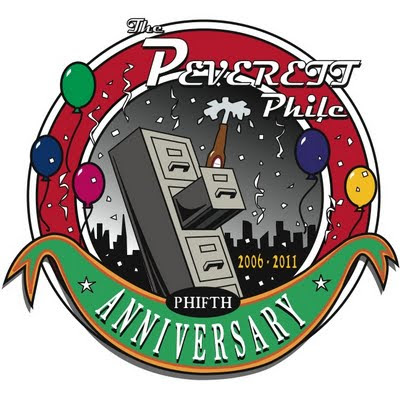 Hello, welcome to another entry of the Phile for a Sunday, how are you? It's September already, can you believe that? I’m feeling pretty good. I finally got myself weaned off the Weather Channel. Well, Moammar Gadhafi had a photo album of pictures of Condoleezza Rice. Who doesn’t have one of those? Gadhafi is apparently on the run, though today he released a message congratulating Beyonce on her pregnancy. Gadhafi had escape tunnels, gold plumbing fixtures, and pictures of Condoleezza Rice. It’s like I have a twin. The CIA is hoping Moammar Gadhafi’s weapons don’t fall into the wrong hands. Weren’t they already in the wrong hands? Like Ijust said, Beyonce revealed that she and Jay-Z are expecting a baby. That kid is going to have everything... except a last name. Dick Cheney says in his book that he would do it all over again. He feels so strongly that he said he would still invade the wrong country. Cheney says he wrote the memoir because friends encouraged him to do it. This guy has friends? Dick Cheney’s new memoir will be a best seller. I think it’s published by “Simon & Shooter.” Speaking of memoir's, Michele Bachmann is publishing her memoir. Why can’t we pray that away? President  Obama’s uncle was arrested for a DUI. His alcohol level was actually higher than Obama’s approval rating. Obama’s approval rating is 38 percent. I’d kill for numbers like that. Next week, Obama will unveil his new jobs bill. I’m sure that will sail right through. The one thing I always liked about Obama is his honesty, kids. Take a look at this political ad he just released. 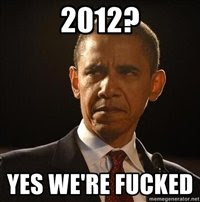 So, the biggest news of this month is that the Star Wars movies are coming out finally on Blu-Ray. I told my wife I wanted to get them as soon as they came out, but I have to wait for Christmas. Anyway, George is tampering with the original Star Wars trilogy for the third time since they were released. For instance, Lucasfilm confirmed to 'The New York Times' that passed-around footage of Darth Vader shouting "NOOOOOOOOOOOOOO!" while heaving Emperor Palpatine into a shaft at the end of Return of the Jedi is an authentic clip from the upcoming Blu-Ray release. There's some other things that Lucas changed that I really don't think is necessary. Take a look at this exclusive screen shot of the award ceremony scene at the end of the first Star Wars movie. 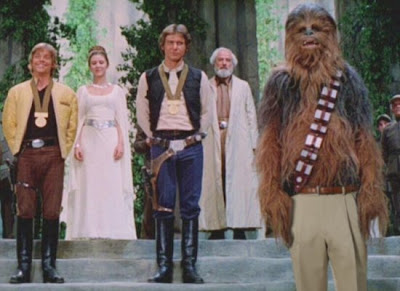 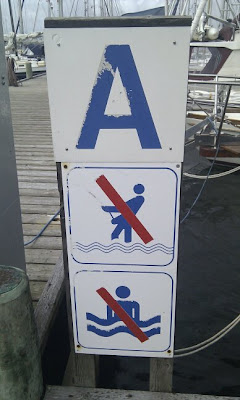 What exactly aren't we supposed to do? Hmmmmm. Oh well. From the home office in Port Jefferson, New York, here is this week's... 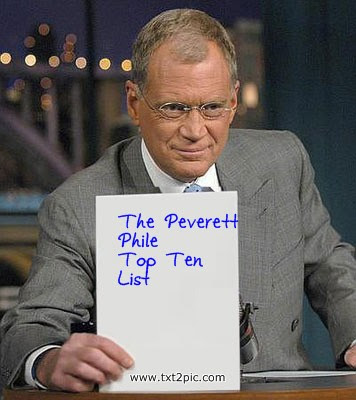 Top Ten Signs You've Had A Bad Summer
10. New entries of the Phile twice a week.
9. The only fireworks you saw were from a Seal Team storming your compound.
8. You were riding high, then Rick Perry got into the race.
7. You are head of security for The Ed Sullivan Theater.
6. Your big comeback movie was about a guy who talks through a beaver hand puppet.
5. You ran into me at Disney's Hollywood Studios.
4. Not only is your 401k underwater but so is your house.
3. You got evicted and in your rush to move out, you forgot to pack your photo album of Condoleezza Rice.
2. Five weeks into Dr. Bachmann's "treatment" center and, if anything, you're gayer.
And the number one sign you've had a bad Summer is...
1. First your workplace was vandalized, then a fatwa was issued against your life. 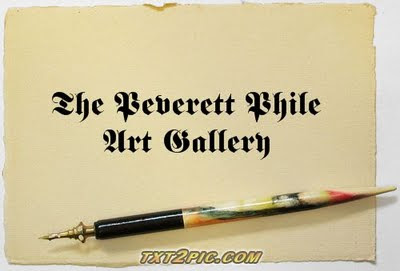 This month I am gonna do something different for the P.P.A.G. A year ago last July some of you might remember I went to New York City to see Cheap Trick and Squeeze in concert at Radio City. Well, when I was there I went to Ground Zero and went inside St. Paul's Chapel, right across the street from the World Trade Center. Inside there were all these tributes made to 9/11 and one thing that caught my attention was the children's drawings that were put in there. So, in honor of the 10th anniversary of 9/11 this month I will pheature some of those drawings by showing you the pictures that I took of them. Does that make sense? Anyway, here is the first one. 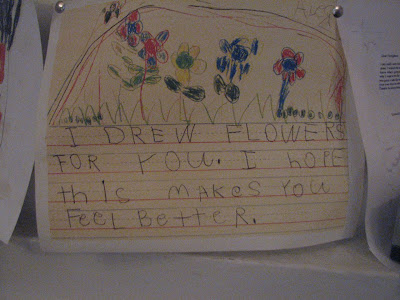 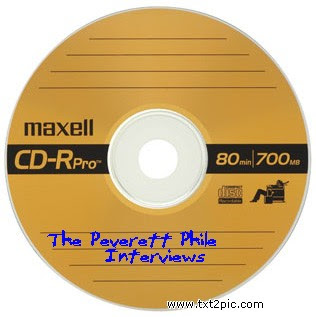 Today's guest is the lead singer hatched the cool hop Los Angeles band The Clarences because he was traumatized because Mego never made a Green Lantern. Hmmmm. Anyway, please welcome to the Phile... Robert A. Medeiros. 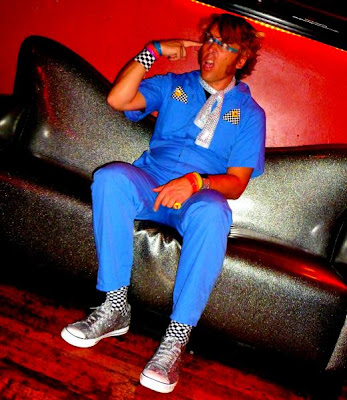 Me: Hello, Robert, welcome to the Phile. So, how are you?

Robert: Great! I'm really excited to do this interview with you! How is everything? What you do for bands is so amazing and highly appreciated... thank you!

Me: Wow, thank so much, Robert. Okay, sir, who dresses you? You have a very unique look about you.

Me: So, Mego never made a Green Lantern? Why is that, do you know?

Robert: Yeah, the Mego company for one reason or another didn't make one. They didn't make Flash either.

Me: It's because of this, you started to get into music, is that right?

Robert: I was sent to Earth to bring the music of The Clarences to you fine humans.

Me: For those that don't know what Mego is, wanna explain?

Robert: Mego was an amazing toy company of the 70's that made awesome action figures.

Me: Did you see the Green Lantern movie?

Robert: Yeah, and they didn't do what other modern superhero movies do: try to update the original costume. They are superheroes, they are supposed to have their real comic book costumes! Not the black leather or whatever else they update them with for the movies. Yuck!

Me: Okay, let's talk about your music, sir. I looked for it on iTunes but had no luck. Are you planning on putting music up on there soon?

Robert: Actually, iTunes has posted their music on The Clarences website. I felt bad for them. They spend all their energy promoting and selling other people's music and not their own. iTunes 2nd album is amazing!

Me: When did you form The Clarences? And what's up with the name? There's not one person in The Clarences named Clarence, is there?

Me: Who is in the band with you?

Me: How would you describe your music, Robert?

Me: And what is a typical Clarences show like?

Robert: Costumes, high energy, interaction with the crowd and fun!

Me: You are based in California, is that right? Have you lived there all your life?

Robert: Pretty much. Wait, where do I live?

Me: Do you ever tour and play outside of California? You need to come to Florida!

Me: I discovered you guys through my friend Jeff Cameron who I interviewed a number of times on the Phile. Are you aware of his work?

Robert: He did? What a sweet guy! We are touched. Thank you, Jeff! Yes, we am aware of his music.

Me: Okay, Robert, do you have anything you wanna plug?

Robert: Yeah, I have this light I want to plug in, however, I can't find anywhere to plug it into... oh, wait... theclarences.com everything is free!

Me: Please come back onto the Phile soon, okay? In the meantime, tell the readers where they can purchase or listen to your music.

Robert: Will dooo! You are amazing and we really appreciate this opportunity! Thank you! Go to theclarences.com everything is free!

Me: Continued success and hope to hear from you soon.

Robert: Right (or left) back at ya'! Jason & his Peverett Phile rules! Oh yeah, we have a song called, "Jason Kinderhook & The Leper Cons", maybe we should rename it to, "Jason Peverett & The Peverett Philes"... (; 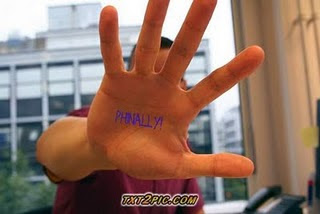 Man, if The Clarences would record that song, that would be friggin' cool. Robert, can you record it? Please. Anyway, thanks to Robert for a very odd interview. I have to have him back on the Phile. Okay, the Phile will b back tomorrow with musician Luther Russell and then next Sunday is the special 9/11 10th anniversary tribute entry with musician John Berenzy and some surprises. So, spread the word, not the turd. Don't let snakes and alligators bite you. Bye, love you, bye. 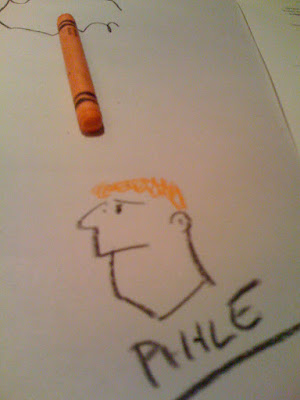