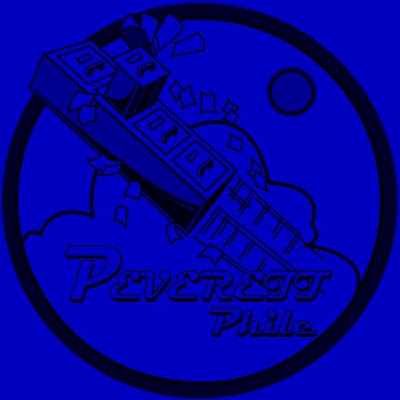 Hello, welcome to the Peverett Phile for a Monday, and what can I say but THE GIANTS WON THE SUPER BOWL! Congrats, to the New York Giants. That's why the logo in blue, in honor of the Giants. What else is going on?  Nintendo announced that it lost more than $800 million in the last year. In fact, today Luigi traded in his Mario Kart for a ’93 Taurus.  The Olive Garden is trying to attract more customers by remodeling its restaurants. Step one: taking down the sign that says “The Olive Garden.”  A man in Thailand was arrested with more than 10,000 pairs of stolen underwear. Legal experts are expecting a brief trial.  A town in Austria opened a new museum dedicated to failed inventions. Or as Microsoft reported it, “Hey! Someone just ordered a Zune!”  Over the weekend, Starbucks closed its very first East Coast store, which opened 19 years ago. Apparently, it just couldn't keep up with its main competition: the Starbucks across the street.  A law enforcement agency here in Florida revealed that it paid 15 employees to get drunk to see if its breathalyzer tests worked. In related news, it looks like I’m getting a second job!  A new report found that Facebook has created more than 450,000 jobs. Unfortunately, photos posted on Facebook have ended 550,000 jobs.  A woman in Illinois is auctioning off a 2005 Chrysler that once belonged to President Obama. You can tell it was Obama's car because it gets out to a fast start, and then stalls for the next three years.  Brad Pitt and Angelina Jolie were spotted taking their kids to Cirque du Soleil. It’s weird when they take their kids to the circus, because even the clowns are like, “That’s a lot of people in one car!”  Donald Trump announced that he’s endorsing Mitt Romney for president. It was really nice. Trump was like, “There’s only one man with the brains, the skills, and the charisma to be president — but since I’m not running, you might as well vote for Mitt Romney.” It was a busy day for Trump, because just this morning, his hair popped out of the ground and predicted six more weeks of winter.  I have an exclusive picture of when Donald Trump met Mitt on stage. Here, take a look. 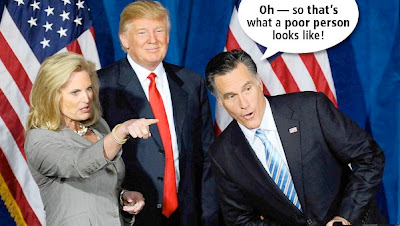 It's funny that Romnbey actually has speech balloons coming out of his head.  So, this is Black History Month and I was surprised that Disney, the greatest company to work for ever has a Black History themed inspirational poster out. 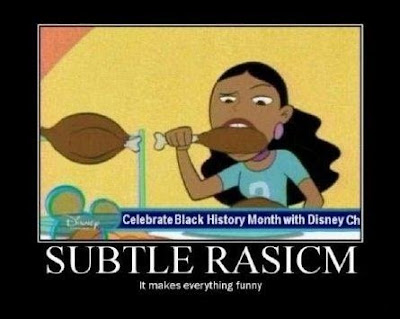 Okay, now for some sad news... 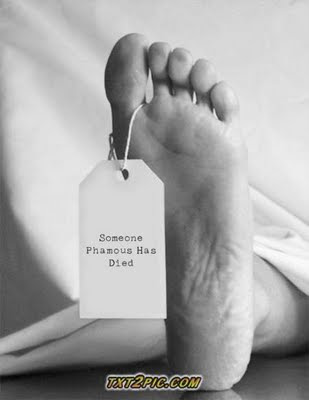 Ben Gazzara
Aug 28, 1930 - Feb 3, 2012
If it's Friday, he must be dead.
Well, on Friday, it was announced that we've hit our 23rd consecutive month of job growth So, I'd thought I was have someone come onto the Phile and explkain all this. So, please welcome to the Phile the Deputy Campaign Manager for Obama for America, Ms. Stephanie Cutter. 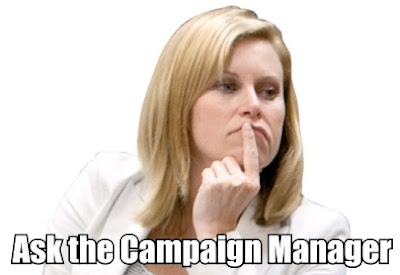 Me: Hello, ma'am, welcome to the Phile. So, that's good, right, we've seen 3.7 million private-sector jobs created during that time?
Stephanie: Still, you're probably familiar with one of the GOP's favorite go-to lies: bashing the President's jobs record.

Me: So, what are you going to do to push back?
Stephanie: Us folks over at the Obama campaign put together a jobs chart, which lays out the past four years of monthly jobs numbers, from under President Bush in December 2007 up until this past month. In response to the news, Mitt Romney cynically claimed President Obama has "prevented a true economic recovery." He's even falsely said President Obama "has not created any new jobs," and told ABC News earlier this year that the President has "lost 2 million jobs."
Me: The Republican candidates are banking on people not knowing the truth about the President's record, are they?

Stephanie: No, and we need to get the facts out there, so we put together this chart where you can Facebook it, tweet it, or send it on a postcard for free. 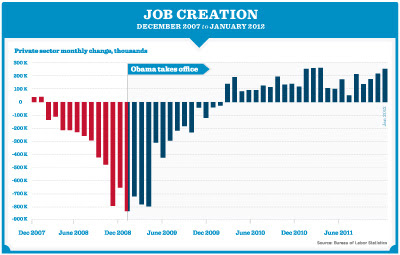 Me: Have a lot of people shared this chart on line?
Stephanie: Tens of thousands of supporters have already shared this jobs chart online. Now, we want to make sure it's out there in the offline world, too, in people's hands, on their refrigerators, or on a message board in a public library. You can share it either way.

Me: You guys still have a long way to go, right?
Steptanie: This month's numbers are just a snapshot in time. But stats like this shouldn't be missed.

Me: Thanks, ma;am, and is here anything else you want to tell the Phile readers?
Stephanie: Make sure people know the truth about the President's record on jobs, spread the word to your friends today. Thanks, Jason.
Me: Thank you, Ms. Cutter. And please come back on here anytime. 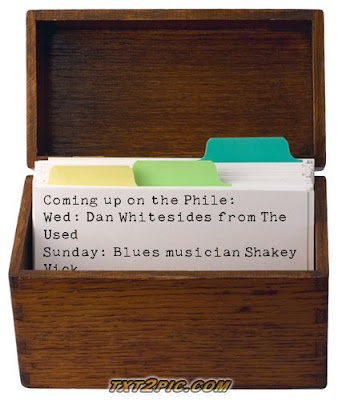 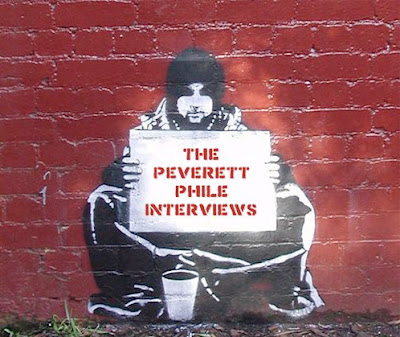 Okay, today's guest is a tattoo artist, illustrator, photographer, painter, graphic designer, and the 11th artist to be pheatured in the Peverett Phile Art Gallery. Please welcome to the Phile... Bleach Methane. 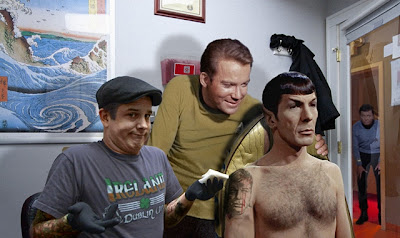 Me: Hello, Bleach, welcome to the Phile, sir. How are you?

Me: Okay, I have to ask what's the deal with the "Star Trek" photo? It's very clever, with you putting the tattoo on Spock. How did you put that together?

Bleach: I was bored at work so I decided to do a series of Kirk, Spock and McCoy visiting the shop where I work. All Photoshop.

Me: How long have you been a tatto artist?

Bleach: For about 16 years now.

Me: Okay, I have to ask you about your name, sir. It's fantastic! I betcha there's a story behind it. Am I right? Wanna tell it?

Bleach: Most asked question! Not really that big of a deal. I once accidentally mixed bleach and ammonia in a mop bucket almost killing the people that I worked with.

Me: I noticed you have a lot of tats. What is the first one you have, Bleach? How many do you have?

Bleach: Well, first off, lets try and educate here real quick. The word "tat" is a swear word for the people in the business. We hate that word!! It's almost as bad as people calling a tattoo machine a "gun". I stopped counting years ago. If I had to guess I would say I have around 50 tattoos.

Me: I never knew that was a bad word. I won't use it again. Okay, let's talk about your artwork.
I am a big "Doctor Who" fan and love your "Doctor Who" Cyber-Man art. Are you a big fan of that show?

Bleach: I like it. wouldn't say I'm a huge fan.

Me: Who was your first Doctor?

Bleach: Tom Baker for sure. A client of mine actually gave me a Tom Baker scarf recently. Seventeen feet long!! Awesome... ok, maybe I'm more of a fan than I first said.

Me: Bleach, where are you from?

Me: You are also a musician, right? Are you currently in a band now?

Bleach: I am, and no I am not currently in a band. Don't really have the time or patience anymore.

Me: Back to the art... you do graphic art, pencils and flash for tattoo's. I interviewed a few tattoo artists before. Do you still do the flash work?

Bleach: Flash is a long drawn out process (for me because I'm very OCD!!) and honestly the last thing I want to do when not tattooing is to do flash. I usually am digitally painting when not tattooing. Either for tattoos I have to do soon, or just for fun.

Me: For Phile readers who don't know, can you explain what flash is.

Bleach: Why not? Tattoo flash are the design sheets you may see on the walls of a tattoo shop. They are mostly to give people ideas for tattoos. But over they years they have become more of a catalog for people that just want a quick tattoo and don't really care what it is more than the experience of getting a tattoo. Don't get me wrong. there is a lot of really good flash out there and great artists that do it and make good money doing so. However, the general public is more into the small quick tattoos that show how much a rebel they are. I'm more a fan of designing (as much as possible) every tattoo I do.

Me: What medium and tools do you like the best, Bleach?

Bleach: Digital. I'm really into my Cintiq right now. I have been designing most of the tattoos I do and painting using it.

Me: You have done a Back to the Future flash. Is that your favorite movie?

Bleach: I am a huge fan about it. Not my favorite movie but its for sure up there.

Me: What is your favorite piece you have ever done?

Bleach: Don't really have one. I have been very busy ever since I first started. Every shop that I have worked in, has always had a high volume of clients. I have done many tattoos that I have liked. To try and think of one just doesn't work... I also should mention that I have the worst short term memory on the planet!! You ever see Memento? I swear its about me!!

Me: I like to ask artists who are pheatured in the Phile Art Gallery if they were gonna create a Peverett Phile logo, what would it look like. What do you think?

Me: I like that idea. Or "The Rockford Files". I have to say, your Hendrix picture is great, Bleach. Are you a Hendrix fan? What made you choose to do him over any other artist? I havw the picture right here. 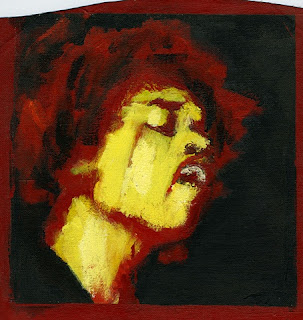 Bleach: That was done in high school. No reason at all. Just liked the photo.

Me: What do you prefer to do the most, sir? Pencils or paint? I love the pencil drawing you did of Vyv from "The Young Ones". That is surprising you know about that great British show.

Bleach: Pencil. I don't have the patience to paint. I'm old! That's from my era!!
Me: My favorite design you did is the triangle with the Earth and Death Star. How did you come up with that great idea? 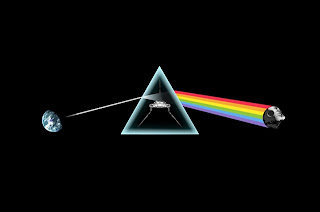 Bleach: I'm a Pink Floyd fan from way back. And obviously a Star Wars fan. So it wasn't hard to mash the two.
Me: Bleach, thanks so much for being on the Phile. Go ahead and mention your websites and I wish you continued success. Keep up the good work, sir.

Bleach: Only got the one webiste and that would be: bleachmethane.com.
Me: Thanks again, Bleach. And keep up the good work. 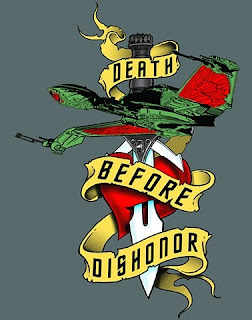 Well, that about does it for anothe entry of the Phile. Thanks to my guests Stephanie Cutter and of course Bleach Methane. The Phile will be back on Wednesday with Dan Whitesides from the band The Used, and then on Sunday with blues legend Shakey Vick. Next Monday we're going to LEGOland for a day so they'll be no entry that day. Before I go I have to say that tomorrow is the 12th anniversary of my dad's passing. So, at work don't expect me to be a happy camper. Alright, spread the word, not the turd. Don't let snakes and alligators bite you. Bye, love you, bye. 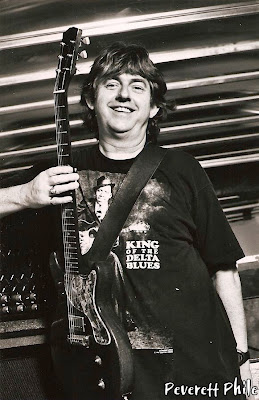